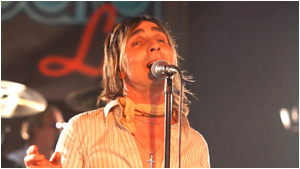 John Golden has a voice most singers would meet at the crossroads and sell their soul for… Equal parts silk and soul, growl and gravel, his style and swagger brings the true essence of the 70’s to center stage. Prowling the mic like Mick Jagger meets Chris Robinson, John’s a natural born front man with the chops to back it up…chops so good that it’s been said, “John Golden sings Rod Stewart better than Rod Stewart”!

He’s toured Europe and the Virgin Islands, throws his all into every performance and is truly the heart of 70s Rock Parade. With an appreciation of hot summer nights outdoors, and large bottles of wine, John Golden loves an occasional jog in the nude….a sentiment his neighbors do not share! 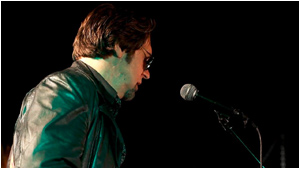 Hitting the music scene at top speed, Rodney James played his first club gig at 14 and signed a record deal at 22. You could say his life IS music and you wouldn’t get an argument here. He’s filled many a venue with his velvet hammer of sonic guitar sound along the way and played with the likes of Guitar Pete and Snakeyed Su. He also performs with Ragdoll, New York’s #1 Aerosmith tribute band.

Joining forces with his bass playing brother Mick James and the aforementioned John Golden, Rodney created Earth Eatz Dog, a band known for its powerful live shows and hard, driving alternative sound. Boasting three European tours which included Germany, The Netherlands, Belgium, Poland and the Chzech Republic, and opening for Tesla, Quiet Riot and Dokken, there’s no questioning his stage experience. There is, however, a question as to how a man with hands the size of sledge hammers can actually PLAY the guitar. Seriously. Take a look at his fingers at the next BBL show you attend and marvel silently at how those sausages can actually play a chord, let alone a solo! They can and do. From the sweet, crying solos of “Black Magic Woman” to the raw, bluesy riffs of “Stay With Me” and “Bitch”, Rodney has that innate ability to capture the perfect tone that brings the band together perfectly. 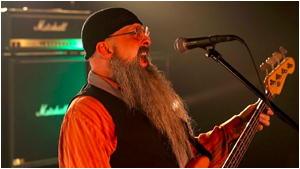 A cross between Billy Gibbons, Leland Sklar and the Travelocity Gnome, John “Doom” Davis has done many notable things in his short life including inventing the letter Q, creating broccoli, the internet (no, wasn’t Al Gore), Velcro, the corn dog, and the process of harvesting embryonic stem cells.

He’s appeared on MTV in heavy rotation in the 80’s with his band, West Of Eden, opened for the likes of The Butthole Surfers and Bang Tango in the 90’s with alternative band, Rosary Violet and played festivals all across the U.S. as the bald, bearded, bare-footed, bass playing lead singer with an affinity for kilt wearing in Celtic rock band, Finn’s Fury, whose music was featured in numerous theatrical releases that are better left unnamed.

He was once called “the funkiest white boy I’ve ever heard play bass”, by Nile Rogers of CHIC fame.

A firm believer of fun with facial hair and the higher the platform shoe the better, Doom brings the fun in funky regalia to BBL and is in constant competition with Steve Stewart as to who can reach the highest harmonies. He’s no stranger to singing lead and takes the helm for Bowie’s “Fame” & “Heroes”, ELO’s “Do Ya?” , as well as many others.

He’s also greatly opposed to the juggling of kittens, finding it mildly amusing but extremely cruel.

When he’s not stomping the stage with his Fender Precision, Doom is endorsed by and plays Danelectro basses provided by the best damn music store on Long Island, All Music Inc. 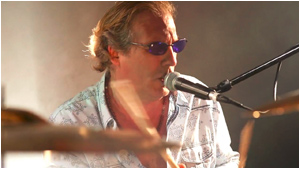 Steve Stewart has played all over… Las Vegas, Atlantic City, anywhere and everywhere in New York that’s worth playing. He’s toured with SALTY DOG, performs with THE BIG SHOW and CHRONICLES and has the added distinction of being thrown out of multiple projects like U2 and Stevie Ray Vaughn tributes due to his penchant for “overplaying”. Stating that, “Most people don’t like me”, he’s unforgiving in his “I am what I am” persona. But perch him behind a drum set and allow him to show too much chest and you’ll very quickly see why he’s a solid addition to BILLBOARD LIVE.

Yeah, he hits the snare way too hard, but what the hell do you want in a rock band?

Aside from his ability to sing all the high harmonies, Steve has a front man’s vocal abilities and

shows just that on his featured songs, “AMERICAN BAND”, “LOVE IS ALIVE” and “GET READY”.

Steve’s known for not saying goodbye when leaving a room because goodbye’s are too painful and make hime sad. He also has a weakness for a fine pair of moccasins. 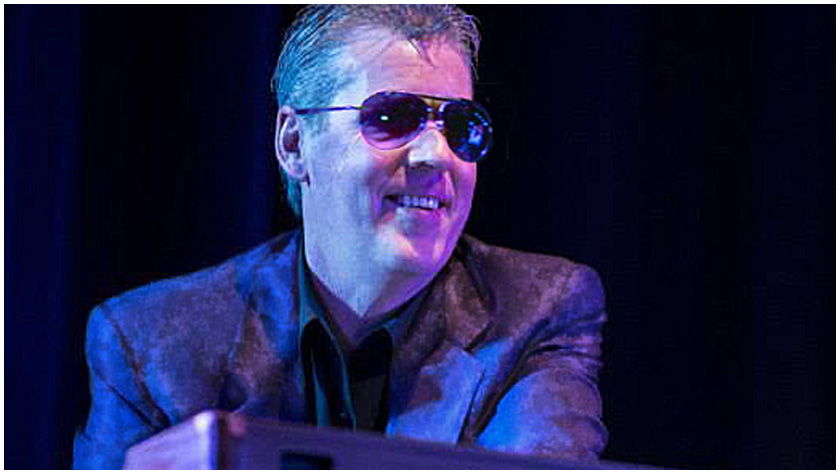 Brian Connolly has been lurking around the Long Island music scene for the last 36 years, cutting his teeth in the Hamptons with The Hackensack Men and the Trenton Horns, a 12 piece Soul/ R&B line-up he formed with some mates in the early 1980’s. Brian has also participated in the tribute band craze, playing the music of James Taylor, Stevie Nicks, Crosby, Stills, and Nash, Bruce Springsteen, etc….

Now with 70s Rock Parade, Brian relishes the opportunity to recreate the Hammond B3, Fender Rhodes, Wurly, and piano sounds he’s grown up loving, and that are synonymous with the 70’s classic Rock era, all while sharing the stage with four other so-called fantastic musicians, and gentlemen of questionable repute.

Drop us a message!